Look away, Look away 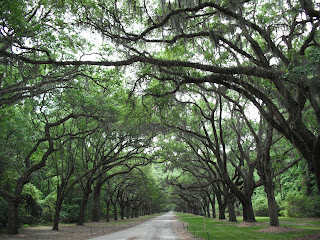 Not only does travel broaden the mind but it also fires the imagination. After spending too long in one place, seeing the same old sights day after day, I've always found that nothing jolts me out of a mental rut like a change of scene.
Last week, Mike and I took a trip way down south in the land of cotton – to Savannah, Georgia and Charleston, South Carolina to be precise. The two cities may be in different states, but they are barely a hundred miles apart and are both located within the area known evocatively as the Low Country. Each is situated at the mouth of a wide river estuary, thus making them ports of strategic importance throughout their history.  And they are both characterized by elegant buildings and beautiful gardens, scented with glorious expanses of confederate jasmine. Wandering the streets of both cities was an exercise in turning back the clock. In Savannah, there was a palpable sense of the pre-Revolutionary era, while in Charleston it was easy to imagine the hustle and bustle of a secessionist city whose entire economic life revolved around its busy slave auction mart on Chalmers Street.


I was also keen to get a feel for what life was like on the plantations of the Low Country. Entering the gates of Wormsloe Historic Site, we drove down a long sandy driveway lined with live oak trees dripping with Spanish moss into what felt like another world. We saw the remains of a fortified house built in 1737 of tabby (a mixture of oyster shells, sand, and lime) by the settler Noble Jones. Looking out over the marshland of the Savannah River, I could easily imagine him during the oddly named Warof Jenkin’s Ear patrolling the tidal creeks in case of an attack by invading Spanish troops from Florida. And when we visited Boone Hall Plantation outside Charleston, I could almost hear the Gullah slaves singing their melancholy subversive songs as they harvested the rice and indigo crops.
Since coming home, my mind has been full of images - oleanders and magnolias, dolphins cresting in the mouth of the Savannah River, trees full of white egrets, dead armadillos lying stiffly by the side of the road, pelicans diving headlong into the surf off Tybee Island, Georgia. Even though I’m back at my desk, I feel like I’ve been a long time gone, not just physically but mentally. That’s the sign of a really good trip in my book. And talking of books, I’ve been combing mine to find those that reflect the lingering images in my head, from Toni Morrison’s extraordinary novel Beloved to Mary Chesnut’s diary of her experiences as the wife of a member of the Confederate government during the Civil War. Thanks to the joys of reading, though my body’s back in the unseasonable chill of the northern states, my head can stay way down south in Dixie for a little while longer.
Posted by Fiona J.Mackintosh at 9:42 PM No comments:

Obsessed by the Quest

﻿
I touched on the delicate issue of addiction in my last post – in my case, addiction to research. My day at the Library of Congress was the beginning of a spectacular fall off the wagon for me. In the last week, I’ve been obsessively delving into two marvelous online newspaper archives hosted by the National Library of Australia and the British Library (the latter being a new venture). And when I say obsessively, I mean going offline at 11.30pm and going to bed – only to lie awake restlessly until I surrender to my craving, bring my laptop into bed with me and spend half the night surfing through virtual stacks of ancient newsprint.  It’s a good job my husband can sleep through anything.
Since I first discovered these sites, my printer has run through its brand new black ink cartridge. Pages and pages of new material keep falling out of my printer onto my desk, and it’s a full-time job to keep it all straight.
For example, I found reports of an inquest held in September 1841 after a fireman died battling a mysterious blaze at John Salmon’s fruiterer’s shop at 86 Piccadilly. The Salmons had been absent on holiday at Gravesend, leaving only one son Abraham who had gone down to the pub after closing up the shop for the evening. After two days of hearing from witnesses, the jury could find no definite evidence of how the fire started. Nevertheless, they clearly believed this might have been a case of insurance fraud, even after John Salmon testified that he was insured for only £3000 though the cost of the damage looked like being twice that amount.  The Morning Post’s reporter himself called it “somewhat suspicious” (so much for journalistic objectivity). Nowhere in the reports is it mentioned that the Salmons were Jews, but the whole tenor of the reports casts doubt on the motives of this family. So was this a case of implicit anti-Semitism?
I’ve also found giddy first-hand reports of ex-Queen Marau’s visit to Paris in 1884 where she was front page news (see the picture above). The Australian Town and Country Journal lifted a report from a London paper, which praised her talent on the clarinet in this inimitable prose.

“On Friday morning, the other occupants of the hotel were delighted by hearing a tune with variations played by Queen Marau upon…” wait for it … “the sonorous instrument of her predilection.”

They don’t write them like that anymore ‒ fortunately.
These types of finds add depth and dramatic details to incidents that I already know about. But I have also made some brand new discoveries. Crucially, I may have finally pinpointed the date when John Brander first arrived in the South Pacific from England, a full decade before the generally accepted year of 1851. On July 15, 1840, this notice appeared in Shipping Intelligence column in the Sydney Monitor:

It is clear from the wonderfully informative Arrivals and Sailings lists in the Australian newspapers that Brander began his business career in the early 1840s by trading between Sydney and the settlements in the Bay of Islands in New Zealand – which just happens to be where Alexander Salmon’s uncle, Joel Samuel Polack was running a store. Which raises the intriguing question, did Brander supply goods to Polack? Was this his first contact with the family into which he would later marry?
This kind of question – deeply obscure but highly relevant to the story I’m writing – is pure catnip to a research addict like myself. Addiction is not pretty, my friends. It makes you lose sleep and neglect the necessary duties of life (doing taxes, finishing editing jobs, even buying groceries). But I don’t want to go to rehab – I’m too compelled by the quest and too satisfied by the outcome. And if this is my biggest vice in middle age, then things could definitely be worse.
Posted by Fiona J.Mackintosh at 12:38 PM No comments: 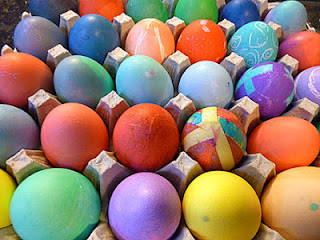 Stanza II of “Easter” by Gerard Manley Hopkins
Build His church and deck His shrine,
Empty though it be on earth;
Ye have kept your choicest wine—
Let it flow for heavenly mirth;
Pluck the harp and breathe the horn:
Know ye not 'tis Easter morn?
Posted by Fiona J.Mackintosh at 10:33 PM No comments: 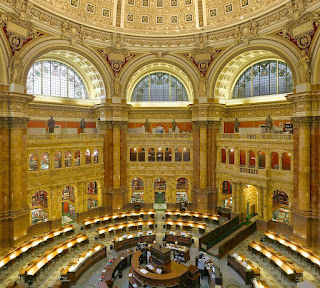