Gerard Manley Hopkins (1844-1889) was one of the greatest religious poets in the English language. Though born an Anglican, in his 20s he began to be drawn to the rituals and beliefs of Catholicism after reading the work of John Henry Newman. Newman was an evangelical academic who had caused a virtual schism in the Church of England in the 1840s when he started the Oxford Movement for those who wished the Church of England to return to many Catholic beliefs and traditional forms of worship from before the Reformation. (There are echoes of this mid-Victorian schism in the Church of England in many novels of the time, including Trollope’s Barchester Chronicles.) In 1845, Newman became a Roman Catholic, eventually rising to the rank of Cardinal. Twenty years later, responding to attacks on him in the press, he published Apologia Pro Vita Sua (A Defense of His Life), and after reading this book, Hopkins decided to follow Newman’s example and convert.

Hopkins entered the Jesuit Novitiate in 1868 and resolved to write no more poetry, but in time he came to see that poetry could be written in service of his beliefs. He wrote in an unusual complex style, using archaic and even made-up words, but their effect is powerful. When studying theology in North Wales, he learned Welsh, and he adapted the rhythms of this melodic language to his verse. He called his technique “sprung rhythm” and described it as “scanning by accents or stresses alone, without any account of the number of syllables, so that a foot may be one strong syllable or it may be many light and one strong.”

In later years as a parish priest and then as a teacher of Latin and Greek in Lancashire and Dublin, he wrestled with his faith, fearing that God was no longer listening to his prayers. He was deeply melancholy and often in ill health, though he pushed on with the exhausting regimen of his chosen life, teaching, grading mountains of papers, preaching, and visiting the sick. He was often close to both mental and physical breakdown and expressed his depression in his verse.


I am gall, I am heartburn. God’s most deep decree
Bitter would have me taste: my taste was me;
Bones built in me, flesh filled, blood brimmed the curse.
Selfyeast of spirit a dull dough sours. I see
The lost are like this, and their scourge to be
As I am mine, their sweating selves; but worse.

Gerald Manley Hopkins died of typhoid fever, aged only 44, in 1889, unknown and unheralded, though he had little time for acclaim. In a letter to a friend, he wrote these memorable words which I believe should be taped to the desk of every writer:


“Fame is a thing which lies in the award of a random, reckless, incompetent, and unjust judge, the public, the multitude. The only just judge, the only just literary critic is Christ, who prizes, is proud of, and admires, more than any man, more than the receiver himself can, the gifts of his own making.”

Nevertheless, thirty years after Hopkins’ death, his poems were eventually published as a result of the efforts of his friend, Robert Bridges, the Poet Laureate. In 1918, Oxford University Press brought out an edition of 750 of Hopkins’ poems, which at last brought the melancholy Jesuit poet to the attention of the “random, reckless, incompetent, and unjust” world.

Hopkins wrote several poems about Easter – this is the most well-known and widely anthologized.


Pure fasted faces draw unto this feast:
God comes all sweetness to your Lenten lips.
You striped in secret with breath-taking whips,
Those crooked rough-scored chequers may be pieced
To crosses meant for Jesu's; you whom the East
With draught of thin and pursuant cold so nips
Breathe Easter now; you serged fellowships,
You vigil-keepers with low flames decreased,

God shall o'er-brim the measures you have spent
With oil of gladness, for sackcloth and frieze
And the ever-fretting shirt of punishment
Give myrrhy-threaded golden folds of ease.
Your scarce-sheathed bones are weary of being bent:
Lo, God shall strengthen all the feeble knees.
Gerard Manley Hopkins

Remembrance of Things Past

I recently had the pleasure of watching the enthralling period drama “Parade’s End” produced by the BBC and HBO. (See the trailer here.) Written by Tom Stoppard from the novels by Ford Maddox Ford, it had excellent credentials from the get-go, and these were enhanced by the marvellous nuanced performances by the actors involved. Benedict Cumberbatch (“Sherlock”) was a perfect Edward Tietjens, the moral, upright Englishman who let the world think the worst of him rather than allow the reputation of his volatile and sensuous wife Sylvia to be besmirched. And the magnificent Rebecca Hall as Sylvia, a sharp-witted beauty who kicks over the traces out of sheer boredom, desperate for her husband’s love and attention but too perverse to allow herself to accept it.
This is yet another example of our culture’s enduring fascination of the Edwardian era – the time between the death of Queen Victoria in 1901 and the end of the First World War. In less than two decades, Britain went through a dizzying period of changes, many of which were also happening around the world.


Then, as now, there was a dramatic acceleration of technology in daily life, particularly the widening use of the telephone and the automobiles. And social changes were happening in every area of life - women demanding the vote, the rise of the trade union movement, and the introduction of social welfare legislation by the reforming Liberal government of 1906, including the first national old age pension, free school meals, the National Health Insurance scheme, and unemployment  benefits. And all this was before the great disaster epic of the First World War had even begun.
So it’s no wonder that the period has been mined so extensively not only in literature but also in TV (The Forsythe Saga, the original Upstairs Downstairs, and of course Downton Abbey) and films (Howard’s End, The Shooting Party, The Wings of a Dove with Helena Bonham-Carter, and Joseph Losey’s glorious The Go Between). The over-exposure of this era means that it can be hard to avoid clichés – there are those who are tired of seeing or reading about yet another stately home, suffragette march, or muddy trench. Which raises the question of whether there is anything left to say about this period in British history.

Clearly, given that I am writing a novel set between 1911 and 1923, I’m hoping the answer is yes. After all, it’s not as if we put a limit on the number of novels that can be written about the present day. There are always new stories to be told of individuals caught up in the same events and against the same backdrop.


Ultimately, it comes down to whether the reader is interested in my characters and what becomes of them. So it’s up to me to make sure that the people in Albion’s Millennium are absorbing and true to life whether they’re wearing jeans and a teeshirt or the enchantingly feminine clothes of the Edwardian age.

Posted by Fiona J.Mackintosh at 10:39 PM No comments:


Do you know what I was, how I lived? You know
what despair is; then
winter should have meaning for you.

I did not expect to survive,
earth suppressing me. I didn't expect
to waken again, to feel
in damp earth my body
able to respond again, remembering
after so long how to open again
in the cold light
of earliest spring‒

afraid, yes, but among you again
crying yes risk joy
in the raw wind of the new world. 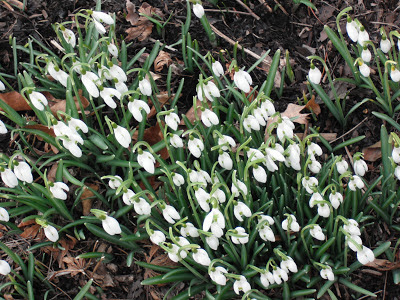 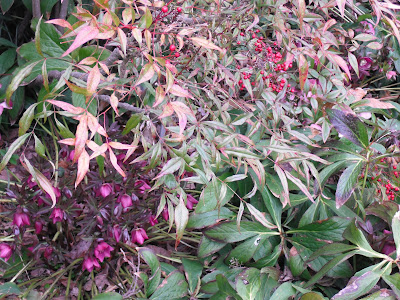 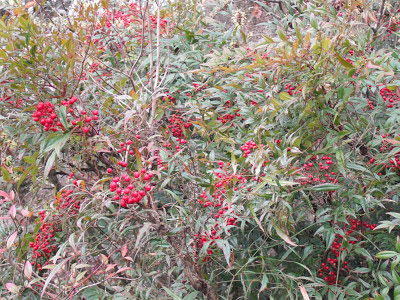