In early November, I’d just begun revising the difficult first third of my novel and I was looking forward to working for a week with no distractions at a North Carolina beach house. Election day fell during our week away, but I had no expectation that the result would disturb my flow except for my anticipated delight that a woman would finally have been elected President of the United States. Back in 1979 I was elected as the first female Senior President of the Edinburgh University Students Association just one week after Margaret Thatcher had become the first female Prime Minister of the United Kingdom. Glass ceilings were being shattered all over the place, but it had taken the US another 37 years to be on the brink of breaking that “highest, hardest glass ceiling” as Hillary Clinton called it.

You know what happened instead. Because of an anachronistic electoral system, 63 million voters fueled by anger and manipulated by cynical hawkers of falsehoods were able to produce a political bombshell. And the shock brought my novel revision to a screeching halt.

As the many far-reaching implications of the result have become ever clearer, I’ve continued to struggle. I can’t help but wonder what point there is in my scribblings, my imaginary characters in their imaginary story arcs, when the world itself has become an alternative reality?

And it’s not just Trump, it’s Aleppo and Cairo and Istanbul and Berlin. Innocent people blown up in the street. Desperate migrants drowning at sea. Children starving, alone and afraid. How does one maintain empathy and still stay sane? And above all, how does one carry on writing in the face of all this awfulness?

I ask myself what did writers and artists do in the worst times of the 20th century – during the Somme, the rise of fascism in Europe, the firebombing of Dresden, the discovery of the concentration camps? Did they wither on the vine from the sheer horror of the world around them or did they keep their heads bowed over their easels and typewriters? And did anything they produce make any difference to a world gone mad?

In 1940 even as German bombs dropped in the fields around her Sussex home, Virginia Woolf wrote in her diary: “For the hundredth time I repeat – any idea is more real than any amount of war misery. And [it’s] what one’s made for. And the only contribution one can make – this little pitter patter of ideas is my whiff of shot in the cause of freedom.”

I take comfort from this. Yes, I’ll give money to beleaguered causes and human rights organizations this Christmas, and I’ll wrap up warm and march on Washington the day after the Inauguration, harking back to my activist youth. But mostly I’ll carry on doing what I was “made for,” firing my little whiff of shot into the heart of our nasty brutish world.

Posted by Fiona J.Mackintosh at 10:18 PM No comments: 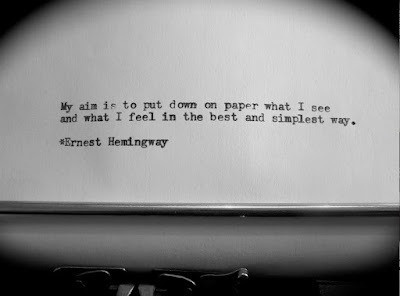 Oh Midatlantic, how I’ve neglected you! I’d feel ashamed except that I’ve been so productive in other ways this year.

This year the time I used to spend on blogging has given way not only to the writing of flash fictions and short stories but also to submitting them to literary magazines. That process is a million times easier than it used to be in the days before the internet when each manuscript had to be sent out separately complete with a stamped self-addressed envelope. Instead of the need to make lots of trips to the Post Office, these days I can send out all of my submissions online from my desk.

However, it can still be quite time-consuming, especially if you have as many submissions on the go as I usually do. Each magazine has its own strictures about how to format your submission – font types, font sizes, margins, headers, footers, page numbering, you name it. Some want you to put your name and contact details on the document, some don’t. Most want you to include a writer’s bio, but the specified length of the bio varies widely. So you can see that the submission process still requires quite a bit of time and attention.

Having said that, the expenditure of that time has undoubtedly paid off for me. In the past year, I have been lucky enough to have had 12 stories published and a further four accepted and forthcoming. They have been almost evenly split between online and print publications. Many have been very short – flash fictions of only 150 words – but a few have been as long as 5,000 words. Four of my flash fictions have even won prizes (See previous blog posts), and one of my short stories was longlisted (one of 40 chosen from among 2,160 entries) for one of the most prestigious writing contests in the UK, the 2016 Bristol Prize.

So you can see it’s been a very good year!

However, I’ve missed blogging about what I’ve been reading and other cultural experiences and connections so I will attempt to post more here on Midatlantic in the year to come. But first I have a month free to devote to revising my novel, the first in what I hope will be a five-book series called Albion’s Millennium. I’ve carried this story around with me for many years, and the first volume is almost completed but is in major need of radical cutting and a thorough edit to make sure everything that’s in there is needed and germane to the storyline. I worry that I may have forgotten how to write in the longer form, but in my more optimistic moments, I hope that the lessons I’ve learned from this year of writing shorter stories will stand me in good stead with Albion. We shall see.

Much to my surprise and delight, two of my micro fictions (150 words) won the weekly Ad Hoc Fiction contest in December and January. Here they are….

They cartwheel through his dreams, legs splayed, eyes open. Sometimes together, sometimes one at a time. Fabric unfurls around them, golds, blues, reds and greens. When he wakes, heart fractured, he can still see the colours on the back of his eyelids.

In the early morning darkness he walks to the restaurant, his hands in his pockets, cracked from hours in the cold soapy water. He’s left Tariq asleep on the mattress in the sitting room at his sister’s house. Later the boy will watch cartoons on TV and laugh. He’s already forgetting his mother and sisters.

When the great wave came, he caught Tariq by the belt, but Meyra and the girls in their silky hijabs slid through his hands like fish. He still feels the boat buck and plunge beneath him as he walks, wishing now he’d pulled Tariq close and tipped them both backwards into the vast dark water.

Nighthawks
She slips onto the next stool, lips as red as her dress.

“Buy me a cuppa coffee, Mister?”

I tip my hat and nod to the boy behind the counter. The urn spits and steams. He stares at her breasts as he sets the cup down, his acne raw under the fluorescents.

A whisper of silk on silk as she crosses her legs. She holds up the coffee to warm her face, though the day’s heat lingers, even at the witching hour.

A lone car passes up Greenwich Avenue. I offer her a Marlboro but she shakes her head.

“You got any dough?”

I reach in my pocket and hand her a fold of greenbacks, no questions asked. She holds it up in the fingers of one hand, then looks out through the plate glass window to where someone stands watching, his cigarette glowing in the hot feral night.


Posted by Fiona J.Mackintosh at 10:56 AM No comments: