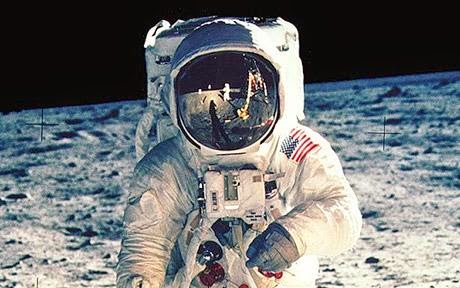 Chuck’s apartment was the closest, down near the marina in South West. He drove her there in his silver Miata. A fountain ejaculated in the lobby of his building. The elevator was lined with mirrors, and when Abby looked up, she had a bird’s-eye view of the crown of his head. It looked rosy but hard, like a nut.
In his apartment, every flat surface held an enormous crystal. Abby picked one up and ran her fingers over its facets.
“What are they supposed to do?” she asked, passing the rock of rose quartz from hand to hand. Chuck took it away from her and put it back on its shelf.
“You can damage their auras if you hold them too long.”
In the bedroom, Chuck closed the drapes and lit the candles ranged across his dresser as Abby perched on the edge of the bed, swinging her heels. Shaking out the match, Chuck shrugged off his jacket and came towards her.
As a girl, Abby had dreamed of being ravished by a centaur. She’d raise her legs under the covers and run her hands down the human chest and onto the coarse warmth of the creature’s hide. What she’d wanted was to have something mythical between her thighs. Nothing less would do.
So when Chuck B. Anderson gently tipped her onto her back, she closed her eyes and let herself be entered by a legend.
#####
Posted by Fiona J.Mackintosh at 10:36 AM No comments:

At the Going Down of the Sun 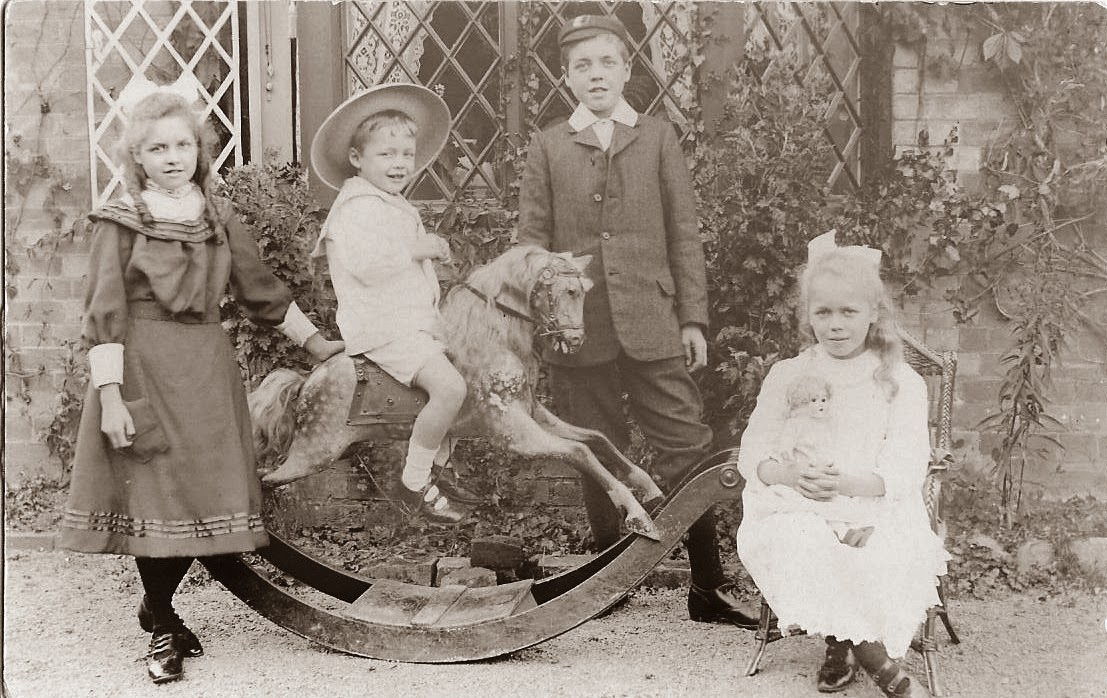 Almost 6 million men from the British Isles fought for their country in the Great War of 1914 to 1918. There can't be many British families who didn't have at least one member who served. Both my grandfathers were too young, but my great-uncle John Charles Teasdale (Jack) Mackintosh answered the call.

Uncle Jack was born in 1893, the eldest child of John Teasdale and Madeline Foister. The family lived in Dalkeith just outside Edinburgh, from where young Jack’s father ran the Scottish branch of the family's mapmaking business. They were a typical prosperous, middle-class family of the late Victorian age until February 1902 when John Teasdale died unexpectedly of heart failure, aged only 35.

Jack’s mother Madeline (my great-grandmother) had to become the breadwinner for four children under the age of nine. She had been trained as a teacher and for the next 25 years earned her living as a schoolmistress in various small rural schools all around the Midlands and southern England. It was always a struggle to make ends meet. (In the picture above Jack is standing behind his sister Dorothy (Dodo), brother Malcolm, and youngest sister Edina (Ina) outside the school house at Kirkby Mallory in Leicestershire - one of their mother's placements.) 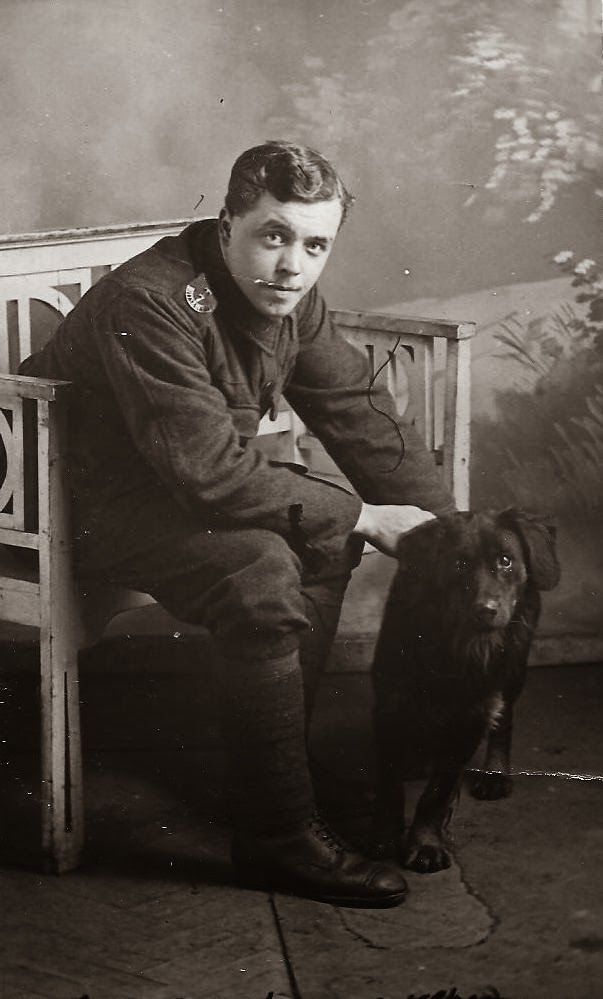 In 1914 Jack was 21 and was training as a teacher to follow in his mother’s footsteps. When war was declared on August 4th, like many other young men all across Britain he rushed to enlist. At the Drill Hall in Nottingham he was signed up for the Nottinghamshire and Derbyshire Regiment (otherwise known as the Sherwood Foresters). The picture on the left shows Jack in his uniform as a private. It was taken in December 1914 in Luton near where his unit was training.  He sent it as a postcard “To all at home with love and good wishes for the New Year.”

In late February 1915, Jack’s unit - the 1/7th (Robin Hood) battalion - was part of the first Territorial division to be sent to France. The unit was involved in the defense of the Belgian chateau of Hooge in July 1915 and then in the losing British assault on the Hohenzollern Redoubt during the Battle of Loos on the 13th October 1915. A soldier who went through that action described it as: "absolute hell with the lid off. Dying and wounded all over the place. Shall never forget this day."

And the Robin Hoods were in action on the terrible first day of the Somme - July 1st, 1916. In the attack on the Gommecourt Salient, the battalion lost 424 officers and men, including 181 of the men who had enlisted with Jack in Nottingham on the first day of the war.

Three times he could have been killed and three times he escaped with his life, not to mention all the sniping and shelling in between.And yet he came home not just alive but miraculously uninjured.

At some point, Jack was transferred to the 2/1st Staffordshire Yeomanry, which stayed on English soil for the remainder throughout the war. The picture below of Jack on horseback was taken at Leybourne Camp in Kent in June 1917. A couple of months later the 2/1st was converted into a cyclist unit, moving first to Tonbridge and then to Canterbury where Jack met the young woman he would marry, Gladys Heaton.


After the war, Jack became a teacher of English and French at Robert Mays Grammar School in the lovely Hampshire village of Odiham. He and Gladys had no children of their own, but Jack adored his nieces and nephews. His nephew Ian (my father) remembered Uncle Jack as having a great sense of fun. Together they used to flush paper boats down the toilet and then rush out to the garden see the boats emerge in the cesspit. Like many veterans, he never spoke of what he experienced as a soldier in the trenches. He must have known he was lucky to have survived and perhaps that's why he threw himself into his civilian life with gusto. In the picture below taken in his garden in Odiham, he is dressed up as a mother with his younger brother Malcolm (my grandfather) as the baby. 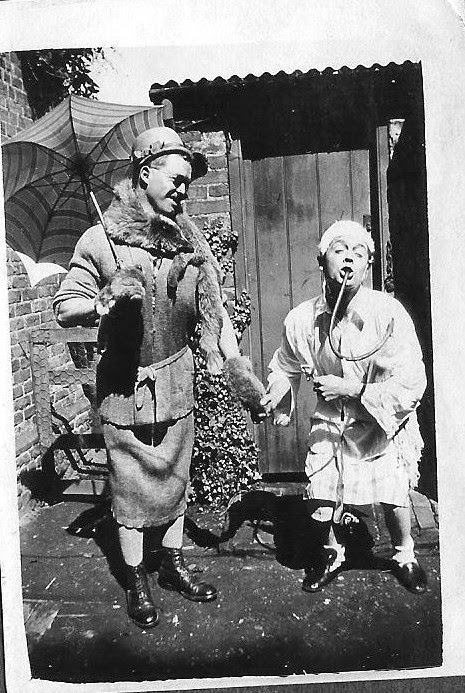 Even though he survived the trenches by 20 years, Jack's life was nevertheless to be tragically and brutally cut short. On the night of November 29th 1937, he and Gladys were driving home from Winchester. On Kempshott Hill outside Basingstoke, Jack got out of the car to clear ice off the windshield. A car coming from the other direction driven by a man who had been drinking heavily all evening struck Jack so hard that his head was all but severed from his body. He was only 44 years old.

He was buried in Odiham and his funeral was attended by the entire staff and pupils of the Robert Mays School. The cortege was preceded by members of the Odiham branch of the British Legion carrying their standard draped in crepe, which was dipped in respect as the coffin was lowered into the grave.  After the Vicar had said the last woods of the Anglican burial service, the chairman of the branch recited the British Legion exhortation from Lawrence Binyon’s poem “For the Fallen”:


They shall grow not old, as we that are left grow old:
Age shall not weary them, nor the years condemn.
At the going down of the sun and in the morning
We will remember them. 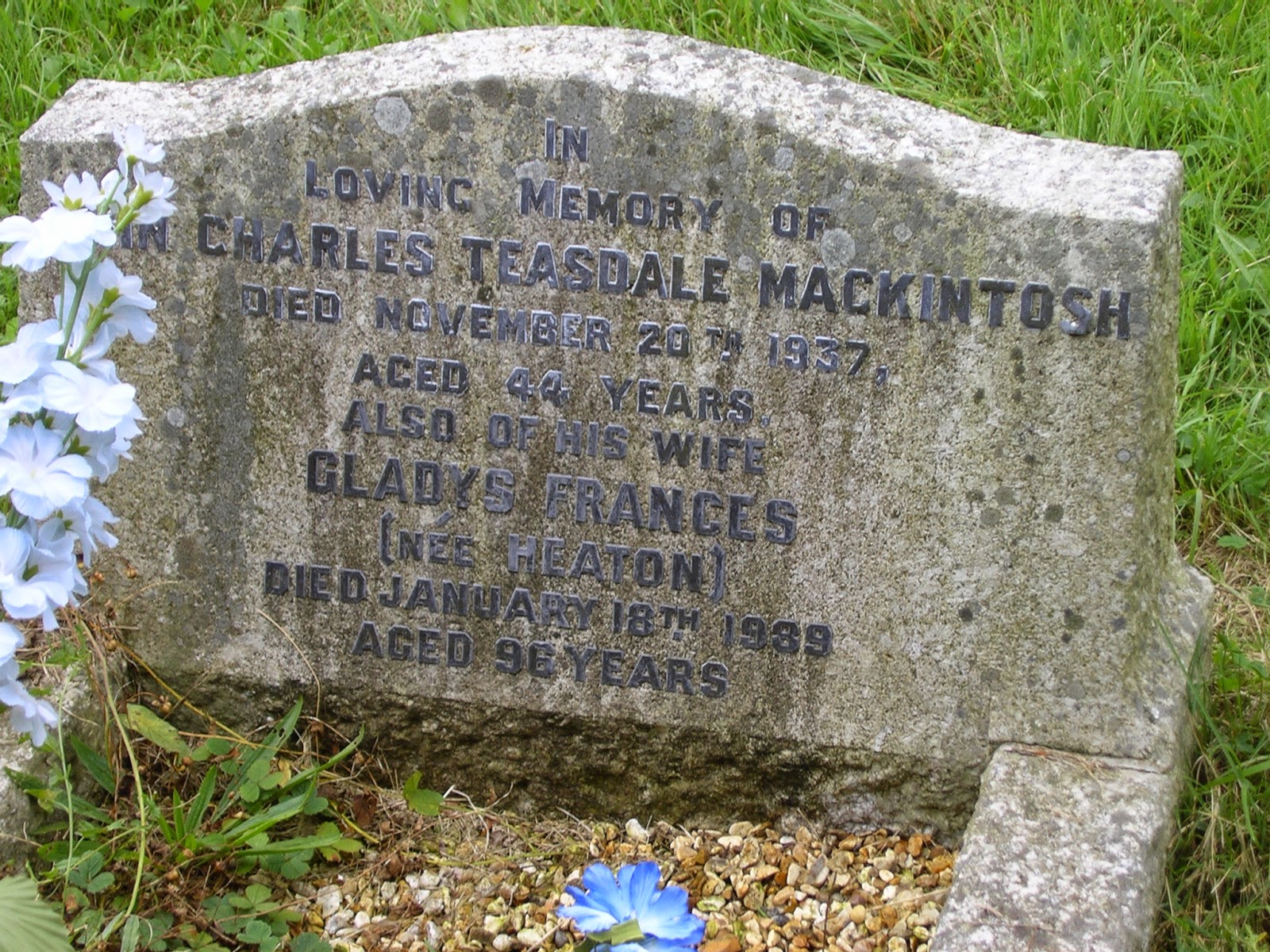 Posted by Fiona J.Mackintosh at 10:28 AM No comments: