Back in the early spring, I was reading and blogging about Parade’s End, Ford Madox Ford’s tetralogy about the social upheavals that preceded and were prompted by World War I. The novels had recently been dramatized by the BBC and HBO in a version brilliantly adapted by Tom Stoppard.

One of the three leading characters is Valentine Wannop, the young pacifist suffragette who is in love with Christopher Tietjens, the complicated hero who is out of step with the age. Valentine is a strong, confident young woman who is utterly sure of her feelings for Tietjens but utterly unaware of what happens behind the bed curtains.


“Of the physical side of love she had neither image nor conception. In the old days when she had been with him, if he had come into the room in which she was, or if he had merely been known to be coming down to the village, she had hummed all day under her breath and had felt warmer, little currents passing along her skin. She had read somewhere that to take alcohol was to send the blood into the surface vessels of the body, thus engendering a feeling of warmth. She had never taken alcohol, or not enough to produce recognisably that effect; but she imagined that it was thus love worked upon the body ‒ and that it would stop for ever at that!
But, in these later days, much greater convulsions had overwhelmed her. It sufficed for Tietjens to approach her to make her feel as if her whole body was drawn towards him as, being near a terrible height, you are drawn towards it. Great waves of blood rushed across her being as if physical forces as yet undiscovered or invented attracted the very fluid itself. The moon so draws the tides.”
It was this ignorance about the mechanics of sex on the part of young women in the early 20th century, which leads my character Celia into profound and heartbreaking trouble in Albion’s Millennium. Brought up by fond but physically distant parents, deprived of any closeness with men, the only person with whom she was likely to experience any semblance of natural physical relations was her boisterously affectionate older brother. And of course it made her particularly unprepared for this kind of encounter:


"...in the midst of the din and clamour of voices and the clink of knives and forks, Celia remembered being in the lane from the Mummersford estate farm late one hot afternoon, angry with Makepeace for some quarrel they’d had. There was the smell of new-mown grass from somewhere, but the lane was very dry. She raised little explosions of dust with every step. Every leaf in the hedgerow that grew high above the lane had its sheen of dust. She ran her finger over one, exposing the dark, earthy green underneath. The leaf was like the tongue of an animal with a groove down the middle. She’d been carrying a stick, a stout oak branch, satisfyingly gnarled yet with bark smooth to the touch. Perhaps the quarrel with Makepeace had been over the stick, she couldn’t remember. She had used the stick to whack the hedgerow, making the dust fly in billowing sheets of white. It was satisfying to hit out at the hedgerow till the sweat curled under her arms, hearing the vegetation crack and bend under her blows. It made her feel powerful to make the dust fly and the hedge crack, as Makepeace in their quarrel had made her feel thwarted, small, and completely insignificant.
So she was not afraid at first when the man stepped through the scrim of dust she’d raised as if onto a stage. He was dressed in a shabby coat with frayed cuffs, that much she saw immediately, and his boots were very worn. A tinker, a beggar man on the road to the big house, poaching maybe. Celia glanced down at his hands, expecting to see a rabbit trap, its brutal teeth slick with blood. But what he held reverently in grimy open palms protruded from the opened buttons below his leather belt, something long and hard, mottled and wrinkled like a root pulled from the earth. It twitched and writhed and seemed to reach towards Celia with a life of its own, and the more she stepped back, the more it seemed to grow towards her like a monstrous plant."

Posted by Fiona J.Mackintosh at 7:43 PM No comments: 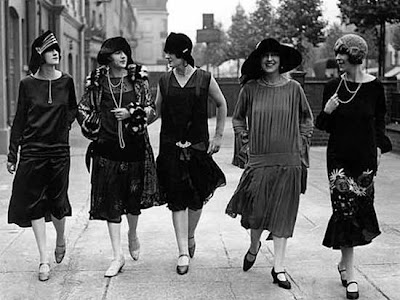 The wiry old lady with a fuzz of neat brown hair, and a surprisingly young-looking face was an avid reader. Ignoring the tumult all around her, the banging, whirring, and rattling of the ward’s daily life, her head was always bent over a book. Only when interrupted by the arrival of the lunch trolley or the blood pressure machine would she stop reading, turning down a page corner to mark her place.
Whenever the nurses came round the ward to distribute the drugs, they made each patient tell them their name and date of birth to confirm their identity. That’s how I learned that the reading lady was born in 1923.

If she’d said she was 90, it wouldn’t have struck me in quite the same way. That would have focused my mind on her longevity, not her history. But 1923 was a really long time ago. It struck me that the little old lady sitting opposite me had been alive in a world before The Great Gatsby, before A Passage to India, To the Lighthouse, Gone with the Wind, or any of the Winnie-the-Pooh books. And Proust was still propped up in his bed in Paris writing the last two parts of A La Recherche du Temps Perdu.

1923 is also the year that I am trying to recreate in fictional form.  It is the last year of the first volume of Albion’s Millennium when everything comes to a head for my two main characters – Celia and May. In the last chapter, they meet by accident in the Ladies’ Waiting Room at Victoria Station in Nottingham, each on the cusp of taking a huge step towards changing their lives in a drastic way. In the end, one of them goes forward and the other turns back, and their decisions will influence the paths they will take for the rest of their lives (which will, if I live long enough, unfold over four more novels).

All I can know about 1923 comes from contemporary memoirs and black & white photographs. The best I can do is feed this material into my imagination and try to conjure up the sounds, sights and smells of that era - the coal smell of a steam train, the rattle and spark of an electric tram, the smell of orange peel, sweat, beer, coconut, trampled grass, and horse dung at the fair. A vanished world that this little elderly lady across the ward once heard and saw and breathed.

The ladies in the ward all had names straight from the servants’ hall of Downtown Abbey – Violet, Olive, Sybil, Lillian, Phyllis – and this one was no exception. Her name was written in bold black marker on the panel above her hospital bed – “May.”

Down the Rabbit Hole

There was another ward before this one. It was an acute care ward where many of the women were quite ill and their minds had parted company with reality, either permanently or because they were pumped full of drugs. It was like being in a hedge full of twittering birds punctuated by sudden silences and equally sudden outbursts of shouting.

Little Olive, 93, had skin the color of her name and a shock of white hair, and could leap out of bed and scoot along so fast on her walker that the nurses had to put an alarm on her bed. She’d call out to whoever was passing, “Can I have a glass of plonk? This isn’t much of a party. No wonder the men didn’t come. I expect they’ll be along later.” Once, she suddenly started calling out names as if on a roll call – “Daphne! Margaret! Marigold! Sally!” Later my mother told me she'd overheard that Olive had been a land girl during the war.

Noreen turned 88 during her stay on the ward and sat grumbling in her childlike voice amid the balloons and cards, talking to a person invisible to the rest of us: “Could you get me my bag? I need to know where my things are. I can’t get it now. I want to walk on these feet. I haven’t walked on them for ages. I’m deaf and dumb – I need a bit of help.” Her daughter told me that, in her delirium, Noreen had been harking back to her days in the ATS in World War II. “She had a wild old time of it in those days. She had what they call a Good War.”

Then there was the posh lady whom I called the Mad Hatter and my mother dubbed the
Hedgehog Lady. She combed her hair the wrong way incessantly, sitting on the side of her bed and murmuring pleasantries to herself in an upper crust voice, pausing now and then to spit up into a dish. She seemed to be obsessed by her apple which she never ate. Like Olive she seemed to think the hospital was a hotel. When she was admitted to the ward late one night, she asked the porter, “Is it too late to get a drink? A little Scotch maybe?”

Some of the women talked and talked every minute they were awake. It was like hearing one side of a very personal phone conversation, though, like good Brits, we all politely pretended not to listen.

Joan, a dignified lady with a deep voice and a proud beak of a nose, talked a lot about religious services, sometimes weddings but mostly funerals. “You know the undertaker? Well, I stayed there overnight and I don’t recommend them.” There were also long colloquies on private family business – whether real or imagined. “You want too many things in life. You’ve got a good income and Laura’s working as well. She’s equally to blame. She comes home and has bought this and that. Well, we’ve done what we can to help you in life. I’ve worked hard this last week so you’d have extra money for your wedding.”

And throughout the course of one long morning, Leonora, a large feisty woman, who had to have been a home economics teacher in her former life, took us through a baking lesson. “Are you watching them apples? You don’t need no water for a crumble. Come on, girls. I dread to think what that apple crumble will be like.” And then unexpectedly, a burst of invective, as if her phone lines had crossed, “You’re a right bloody head case. She ain’t taking you back. I hope she jolly well dishes you.”

Above all, the ladies would call out for people who weren’t there. Kathleen, a snaggle-toothed old lady in the bed opposite my mother’s, called out, “Mike! Mike! Brenda! Brenda!” all day long – to the nurses, to the visitors, but mostly to me whenever I passed her bed or caught her eye. Were these her children? Her siblings? Or people of her imagination, the people she hoped would come and rescue her from that hospital bed and from the disturbing kaleidoscope of images in her unmoored brain.

Posted by Fiona J.Mackintosh at 1:27 PM No comments: