The experts say we should write only for ourselves, for our own pleasure, for the joy of laboring to construct a finely crafted sentence, paragraph, or story. And there’s no doubt about the keen inner satisfaction you feel when you sit back after rereading what you’ve written and you think, “That’s not half bad.”


Unfortunately it never lasts long, that satisfaction. We writers are, of necessity, perfectionists, trying to pull off the near-impossible task of capturing in words the visions we have in our heads.


But we are too close to our own work to judge its success. Only by hearing feedback from others can we know whether we’ve come near to hitting the mark.


Besides, words are meant to be read by others. They are a means of communicating our ideas and stories to the world outside our own heads. To quote John Cheever, “I can’t write without a reader. It’s precisely like a kiss – you can’t do it alone.”


Which is why it can be so demoralizing to be a writer whose work is not read. In practice being read means being published somewhere – in print, online, on a billboard or the wall of a bathroom stall – any place where it is accessible to other people.


In 2015, after many years of toiling on two enormous book projects that are still not finished, I decided I needed my voice to be heard. So I changed my focus. I started writing short stories after many years and I began submitting them regularly and systemically to literary magazines and platforms in both the US and the UK. And it’s yielded dividends. I’ve had five stories accepted for publication, while another was  longlisted for a fiction prize, and yet another was an actual winner of a flash fiction contest (it can be read here - feel free to tell me what you think of it).


How many people will read those stories? I have no idea. Publishing can feel like dropping a pebble in a pool and then hoping the ripples reach the people at the edge of the pond. Sometimes people speak up and let you know they’ve read and enjoyed your work, which is always gratifying, but often they don’t. You just have to have faith that once your stories are out there in the world, your voice is being heard. And get back to your desk and keep on writing. 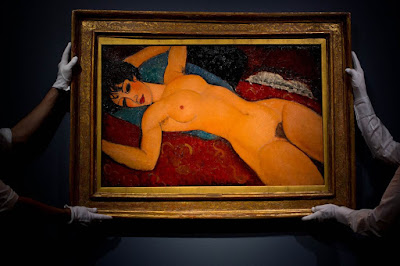 A Question of Distance

In his memoir Nothing to be Frightened Of, the British novelist Julian Barnes comes back time after time to the impossibility of ever being able to write the truth based purely on memory. He illustrates this by showing us how very differently he and his brother remember incidents from their childhoods and especially how differently they remember their parents. Because of this, he concludes that fiction is more revealing than memoir:

“Fiction and life are different; with fiction, the writer does the hard work for us. Fictional characters are easier to “see,” given a competent novelist – and a competent reader. They are placed at a certain distance, moved this way and that, posed to catch the light, turned to reveal their depth; irony, that infrared camera for filming in the dark, shows them when they are not aware that anyone is looking. But life is different. The better you know someone, the less well you often see them (and the less well they can therefore be transferred into fiction). They may be so close as to be out of focus, and there is no operating novelist to dispel the blur.”

I have found this to be true myself. Whenever I try to write fiction that comes close to events or people from my own life, my writing becomes stilted and my characters adhere stubbornly to the “facts” instead of following their own narrative logic. I am standing too close to see them fully, in the round, and as a result they become less than themselves instead of a richer, truer version , which is what all good fiction makes of its source material.

Having said that, it’s also important for writers to have a fundamental understanding of the people whose personalities they’re inventing. I often experience stabs of envy when I read (or read about) sprawling state-of-the-nation novels with wild, offbeat characters far outside my realm of experience – uber-rich, dirt poor, junkies, street dwellers, a kaleidoscope of races, creeds, and cultures. I’d love to be able to produce sweeping, panoramic tales of contemporary life in New York, the American heartland or a London housing estate. (Think, for example, Jonathan Franzen, Donna Tartt, Martin Amis, and ZadieSmith.)

But however much I admire and envy those vast canvases, this is not the kind of fiction I write. This is probably not the kind of fiction I’m qualified to write. While I want my own canvas to include characters who are not me and situations that are not autobiographical, I feel I need to have a fundamental understanding of the people whom I’m inventing. So in order to be authentic, I can’t afford to stray too far from what I know.

What I aspire to produce are quietly resonant slices of real life in the mold of the incomparable Alice Munro, short story writer extraordinaire and Nobel Prize winner. She is a master of using the autobiographical in the service of her fiction without letting the facts as she lived them overpower her imaginative use of them. It’s no accident that she has produced no memoir. Her stories are often understated, dwelling on small, apparently insignificant details, even when dealing with the large events of life – birth, marriage, divorce, death, and human joy and suffering. Here is an extract from a story called “Miles City, Montana" from the collection The Progress of Love. The woman narrator is describing an apparently everyday lunch stop on a cross-country trip with her husband and two young daughters. While all seems completely calm on the surface, the youngest daughter, Meg, has that very morning had a narrow escape from drowning in a motel pool.

“We had lunch at a take-out place, eating hamburgers and fries at a picnic table not far from the highway. In my excitement I forgot to get Meg a plain hamburger, and had to scrape off the relish and mustard with plastic spoons, then wipe the meat with a paper napkin, before she would eat it. I took advantage of the trash can there to clean out the car. Then we resumed driving east, with the car windows open in front. Cynthia and Meg fell asleep in the back seat.”

There's no fancy writing here, just plain description of a familiar kind of scene - picnic table, fussy child eater, messy car, and driving with the front windows open. All those mundane details that remain the baseline of our lives even as the drama is played out higher up on the stave. All I know is if I can ever write a story that conveys half as much as Munro does in her quiet, perfectly chosen, quotidien language, I'll feel that my time on earth has not been entirely wasted.


Posted by Fiona J.Mackintosh at 3:43 PM No comments: