The Jazz Age on the Grand Canal


When I first dipped into Lady Chatterley’s Lover in my schooldays, it was simply to find the scandalous passages that had kept the full text from being published for 32 years. On reading the novel properly for the first time recently, I found it to be vintage D.H. Lawrence - full of passion for nature and unmediated human emotion and against the mechanized, industrial spirit of his age. About two-thirds of the way through the novel, even though the heroine Constance Chatterley is deep in the throes of her sexual awakening with the gamekeeper Oliver Mellors, she goes off to Venice on a holiday with her father and sister. Lawrence clearly intended the episode to represent the antithesis of everything that Constance has had with Mellors - the simplicity and sometimes brutal honesty of their connection with each other in the woods of Wragby Hall.

And one can see why. Venice in the 1920s was a pleasure ground of the rich, mixing the beaches of the Lido with the fascination of a city of ancient palaces built on water. It was hedonistic, decadent, and lavish – and almost too rich a feast to be digested.

“There were illuminated water-fêtes, there were dances. This was a holiday-place of all holiday-places. The Lido with its acres of sun-pinked or pyjamaed bodies, was like a strand with an endless heap of seals come up for mating. Too many people in piazza, too many limbs and trunks of humanity on the Lido, too many gondolas, too many motor-launches, too many steamers, too many pigeons, too many ices, too many cocktails, too many men-servants wanting tips, too many languages rattling, too much, too much sun, too much smell of Venice, too many cargoes of strawberries, too many silk shawls, too many huge, raw-beef slices of watermelon on stalls: too much enjoyment, altogether far too much enjoyment. ... It was pleasant in a way. It was almost enjoyment. But anyhow, with all the cocktails, all the lying in the warmish water and sunbathing on hot sand in hot sun, jazzing with your stomach up against some fellow in the warm nights, cooling off with ices, it was a complete narcotic. And that was what they all wanted, a drug; cigarettes, cocktails, ices, vermouth. To be drugged! Enjoyment! Enjoyment!”
Other novels from the same period also depict this same heady mixture of pleasure and surfeit, including Eustace and Hilda by L.P. Hartley:

“His eyes travelled round the Piazza. It was a feast-day, and from the tiers of windows on the right (he had his back to St. Mark’s) hung carpets and tapestries of crimson and pale green. They were in shadow, but the front of St. Mark’s was fast recovering the opalescent glow which it lost under the glare of the strident midday sun. Florian’s at this hour got all the sunlight. The thronged tables made an oblong continent of humanity, except that round theirs – the tables that composed their own party - flowed a circular channel which turned them into an island. Along this channel the waiters flitted with eyes more watchful and smiles more deferential than they kept for casual customers; and those casual customers, it seemed to Eustace, who were eating and drinking in a sober, self-contained fashion, cast curious and envious glances in their direction when a burst of laughter went up or Countess Loredan’s voice, like a ship announcing its departure, filled the air. What a riot of broken meats, ices, cakes, sandwiches; tea, coffee, chocolate, spoons, forks, cups, glasses, napkins, all in danger of slipping off, but all staying on, all touched, used, broached, emptied of the freshness which they had when they came gleaming from the kitchens,  poised on the waiter’s back-turned hands, level with their smiling eyes.”
And finally from Brideshead Revisited by Evelyn Waugh:

“The fortnight in Venice passed quickly and sweetly – perhaps too sweetly; I was drowning in honey, stingless. On some days life kept pace with the gondola, as we nosed through the side-canals and the boatman uttered his plaintive musical bird-cry of warning; on other days, with the speed-boat bouncing over the lagoon in a stream of sun-lit foam; it left a confused memory of fierce sunlight on the sands and cool marble interiors; of water everywhere, lapping on smooth stone, reflected in a dapple of light on painted ceilings; of a night at the Corombona palace such as Byron might have known; and another Byronic night fishing for scampi in the shallows of Chioggia, the phosphorescent wake of the little ship, the lantern hanging in the prow and the net coming up full of weed and sand and floundering fishes; of melon and prosciutto on the balcony in the cool of the morning; of hot cheese sandwiches and champagne cocktails at the English bar.”
Venice is still a magical place and is now rightly accessible to many more than just the privileged few, but it will probably never again have quite the flavor of opulence, extravagance, and sheer indulgence that it had in those Jazz Age days and nights.

Email ThisBlogThis!Share to TwitterShare to FacebookShare to Pinterest
Labels: Venice 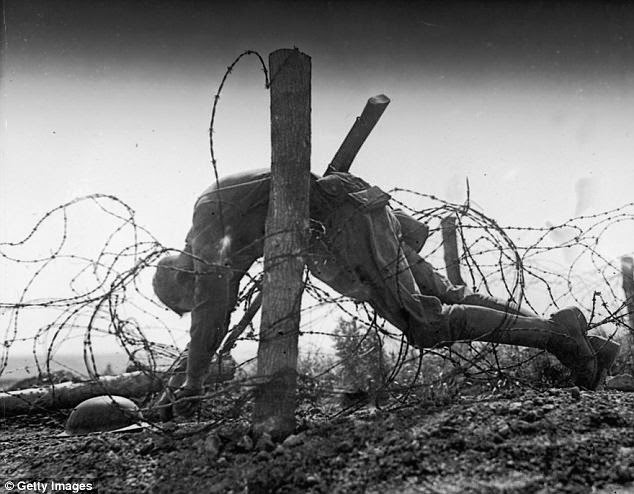