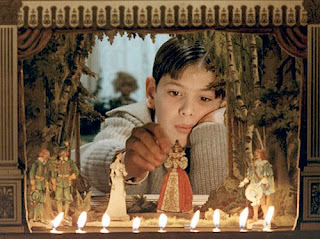 Everyone has a picture of the perfect Christmas in their head. We may fail to reach it in practice, but we continue to hold onto a vision of an emotional apotheosis in which there is abundance and benevolence and all discord falls away. I was lucky enough to experience many wonderful Christmases as a child, thanks – I now realize – to a huge amount of effort by my parents, my mother in particular. But my own mental picture of a perfect Christmas is more a creation of the books I’ve read than of any actual gathering in my own life.
The quintessential festive gathering in fiction is the Fezziwigs’ Christmas party in Charles Dickens’ A Christmas Carol: “There were more dances, and there were forfeits, and more dances, and there was cake, and there was negus, and there was a great piece of Cold Roast, and there was a great piece of Cold Boiled, and there were mince-pies and plenty of beer.”
And every woman who ever read in Louisa May Alcott’s Little Women found herself crying over the scene when (spoiler alert!) Mr. March comes home from the war to a traditional Christmas dinner with his family. “The fat turkey was a sight to behold when Hannah sent him up, stuffed, browned, and decorated. So was the plump pudding, which quite melted in one’s mouth; likewise the jellies, in which Amy reveled like a fly in a honey pot.”
Another of my great favorites is the memoir A Child’s Christmas in Wales by Dylan Thomas: “Mistletoe hung from the gas brackets in all the front parlours; there was sherry and walnuts and bottled beer and crackers by the dessertspoons; and cats in their furabouts watched the fires; and the high-heaped fire spat, all ready for the chestnuts and the mulling pokers… Always on Christmas night there was music. An uncle played the fiddle, a cousin sang Cherry Ripe, and another uncle sang Drake’s Drum. It was very warm in the little house.”
However, my absolute favorite Christmas doesn’t come from a book but from a glorious film – the great opus Fanny and Alexander by Ingmar Bergman. In this clip, Grandmother Ekdahl stands in her long fur coat on the balcony of her sumptuous apartment, which is lit by hundreds of white candles. From below in the snowy street come the sounds of laughter and sleigh bells that tell her that children and grandchildren are on their way to join her for their annual Christmas feast. She smiles and says, more to herself than to her companion, what we all hope to be able to say on Christmas Day – “Here comes my family.”
Posted by Fiona J.Mackintosh at 8:24 PM